What is the Santa Fe Center for Spiritual Living?

At Santa Fe CSL, we teach powerful principles for personal and global transformation, honoring all paths to God, Spirit, Creation or whatever term you are comfortable using. We help people experience a personal relationship with the creator; promote a community of tolerance, understanding and respect; provide classes, programs, prayer and meditation; and advocate a safe spiritual community of like-minded people interested in living a spiritual life.

Who is the founder of Centers for Spiritual Living?

Dr. Ernest Holmes founded the spiritual movement that started Centers for Spiritual Living. Born in 1887 on a small Maine farm, Dr. Holmes spent his teenage years out-of-doors, asking himself “What is God? Who am I? Why am I here?” This questioning led to his 1926 book, The Science of Mind, which outlined the foundational viewpoints of modern New Thought.

What is Science of Mind?

Science of Mind (also referred to as Religious Science) is the core teaching of Centers for Spiritual Living. Science of Mind is a philosophy that integrates spiritual truths with science and physics. Simply put, Science of Mind teaches the unity of all life. Intentions and ideas flow through a field of consciousness, which actually affects and creates the world around us. This idea is common to most major religions and is supported by the teachings of psychology and quantum physics.

In Science of Mind, we believe that the secret to living a successful life is to consciously choose positive and productive thoughts. Put another way, “As you think, so you become.” It is the intention of Centers for Spiritual Living to use Science of Mind principles as a force for good in our world by transforming personal lives.

Are Science of Mind and Religious Science the same? 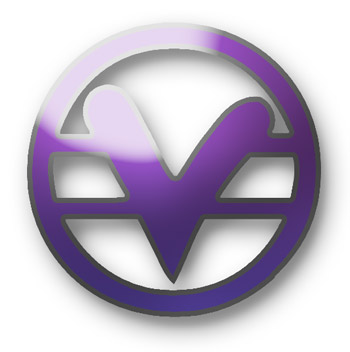 Is Science of Mind a real science?

In Science of Mind, we believe that the fields of religion and science are complementary, and that science will prove what the mystics have said for thousands of years about the nature of God, human beings, and the Universe. These beliefs are being proven even now by many quantum physicists who have found that the universe is made up of energy that cannot be destroyed and is infinitely intelligent.

Science of Mind is also scientific in that is uses laws of nature to prove spiritual principles. Any person can experiment with the principles and measure the results.

Is Santa Fe CSL related to or connected with Scientology?

No. Religious Science and Centers for Spiritual Living are in no way related to Scientology.

Do people who practice Science of Mind go to doctors?

Yes. In Science of Mind, we believe that healing comes in many forms. God is expressed through doctors and medicine just as it is expressed through all of the physical universe. In short, we believe in both prayer and modern medicine. Our ministers and practitioners often work in conjunction with doctors and other physical and mental health practitioners to facilitate healing.

Yes and no. The Science of Mind philosophy derives from the Christian tradition with a belief that the teachings of Jesus are accessible to all people.

Dr. Ernest Holmes, the founder of Centers for Spiritual Living, grew up in the Christian tradition. Additionally, he was a prolific reader who studied all of the world’s religions and synthesized the truths running through them all, free of any particular dogma. Honoring all paths to God, he developed his philosophy with the intention that all churches, especially Christian ones, would embrace the philosophy and incorporate those teachings into their own.

Does Science of Mind believe in Jesus Christ?

In Science of Mind, we believe that Jesus of Nazareth was a loving, powerful man who walked the earth two thousand years ago. Jesus was a Master Teacher and a great example of how to live the individual expression of God. In Science of Mind, the phrase “Christ Consciousness” is used to refer to a universal principle of God expressing through humanity. Jesus was the great example, given to us all, of fully living our divine potential, our “Christ Consciousness.” 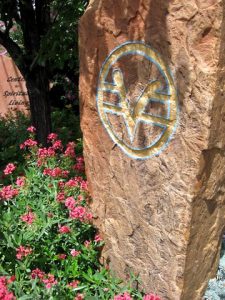 Is Centers for Spiritual Living a “New Age” organization?

Science of Mind is a New Thought philosophy that incorporates spiritual tools of affirmative prayer, healing and creative visualization to transform lives and make the world more peaceful, harmonious, and prosperous.

The New Thought tradition dates to the 1880s and has its roots in the Transcendentalist Movement of the 1830s. New Thought has a long and respected history, and includes luminaries such as Ralph Waldo Emerson, Walt Whitman, Phineas Quimby, and Emma Curtis Hopkins.

Centers for Spiritual Living does not consider its teachings to be New Age, but rather incorporates the ancient wisdom of all the spiritual traditions through the ages. People of all spiritual paths — Christian, Jewish, Buddhist, Hindu, Islam, New Age and others — are all welcome in our communities.

Are Centers for Spiritual Living communities a place for healing?

Yes, Centers for Spiritual Living spiritual communities are places where amazing healings and life transformations take place. The Science of Mind philosophy promotes the idea that God is all-powerful, omnipresent, and benevolent, true human self hood is divine, all sickness originates in the mind, and “right thinking” has a healing effect.

What is the role of prayer within Santa Fe CSL?

Centers for Spiritual Living honors all forms of prayer. In addition, we teach a unique and scientific form of prayer called Spiritual Mind Treatment. This powerful, affirmative method of prayer was developed by Dr. Ernest Holmes. Spiritual Mind Treatment involves a five-step process that harnesses the creative process of consciousness. This type of powerful, scientific prayer allows new levels of health, wealth, love, and wholeness to become a reality in our lives.

What is the role of meditation within Santa Fe CSL?

Centers for Spiritual Living encourages meditation as a spiritual practice because it strengthens our understanding of the power of our inner being and allows us to experience the unity of all life. By being still and quiet, we are able to hear the inner voice and follow its guidance.

What is the role of affirmation within within Santa Fe CSL?

Centers for Spiritual Living encourages affirmation as a powerful spiritual tool. By consciously choosing to speak about our good as a present reality, we set a powerful intention. When we speak it, feel it, and act it, affirmative thought becomes the creative force for good in our lives. 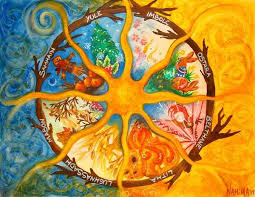 Does Science of Mind believe in miracles?

Yes. The Science of Mind teaches that everything is possible in God. Everything that occurs in our lives is simply the manifestation of our consciousness. Events that seem to be miraculous are actually the metaphysical laws acting at a level beyond our awareness. As our consciousness evolves, what previously seemed miraculous becomes a natural, normal and understandable way of life.

Is Centers for Spiritual Living a cult?

Does Science of Mind believe in heaven and hell?

Because Science of Mind views all life as God, there can be no hell. The terms “heaven” and “hell” are symbolic of what each individual creates in his or her own life. We find heaven when we live from our hearts, know our oneness with God, and are true to ourselves. This deep inner peace, which has been written about through the ages, is heaven. Hell, on the other hand, is the inner pain we feel when our lives and experiences seem to be against us. In reality, nothing is against us when we understand the basic unity of all life. We always have the power to change our thinking, and this alone lifts us from any hell-like experiences into heaven on earth.

Does Science of Mind believe in the devil?

The Science of Mind philosophy states that there is only one power and that is God. Because there is only one power, the devil cannot exist. There is only the manifestation of falsely held beliefs, which produce the appearance of some sinister invisible force acting in our lives. To blame unpleasant conditions and circumstances on the devil, or anyone else, is a way of avoiding responsibility for our own life decisions.

Does Science of Mind believe in sin?

The original meaning of sin was simply to “miss the mark” of spiritual perfection. In Science of Mind, we believe that there is no “sin” in the traditional sense of that word. We can choose behavior that produces an undesirable effect in our lives, thus creating hardship or suffering. In other words, we are punished by our sins, not for them.

What does Science of Mind believe about death?

Science of Mind teaches that life is eternal. As Teilhard de Chardin says, we do not believe that we are human beings having a spiritual experience, but rather that we are spiritual beings having a human experience. We accept that our physical bodies operate within a natural cycle of birth and death. However, even though we have a body, we are more than our body. We are the Life that animates our body, and that Life is infinite and immortal. As we become increasingly identified with our divine and eternal nature, our underlying fear of death dissolves and our experience of life becomes more joyous.

Does Science of Mind believe in reincarnation?

In Science of Mind, we neither endorse nor reject any particular theory or concept of reincarnation. Because life is eternal, there are an unlimited number of possibilities for its evolvement after physical death.